With the considerable contribution offered by geothermal energy, a significant result has been achieved in Europe and, consequently, the word must be spread about this exciting development.

Italy, like the European Union, is committed to the challenge of fighting climate change through the achievement of the “net zero emissions” objective by 2050.

The Province of Siena, in the Tuscany Region (Italy), already achieved this goal in 2011. At this time, this virtuous Province outperformed its objective and by 2016 the reduction in total greenhouse gases emissions was 108%.

This extraordinary result has been achieved thanks to geothermal energy, which contributes to 92% of local power production. It also highlights the leading role played by Tuscany’s geothermal Municipalities, which has been increasingly acknowledged over the past few years. Tuscany received its latest recognition in summer 2020, when Legambiente labeled 6 Tuscany Municipalities as the only “100% renewables” towns in Central-Sourthern Italy.

Nevertheless, very few people in the Siena Province are aware of this outstanding performance. Therefore, a new communication campaign has been launched in the Region to raise awareness about the importance of this result. 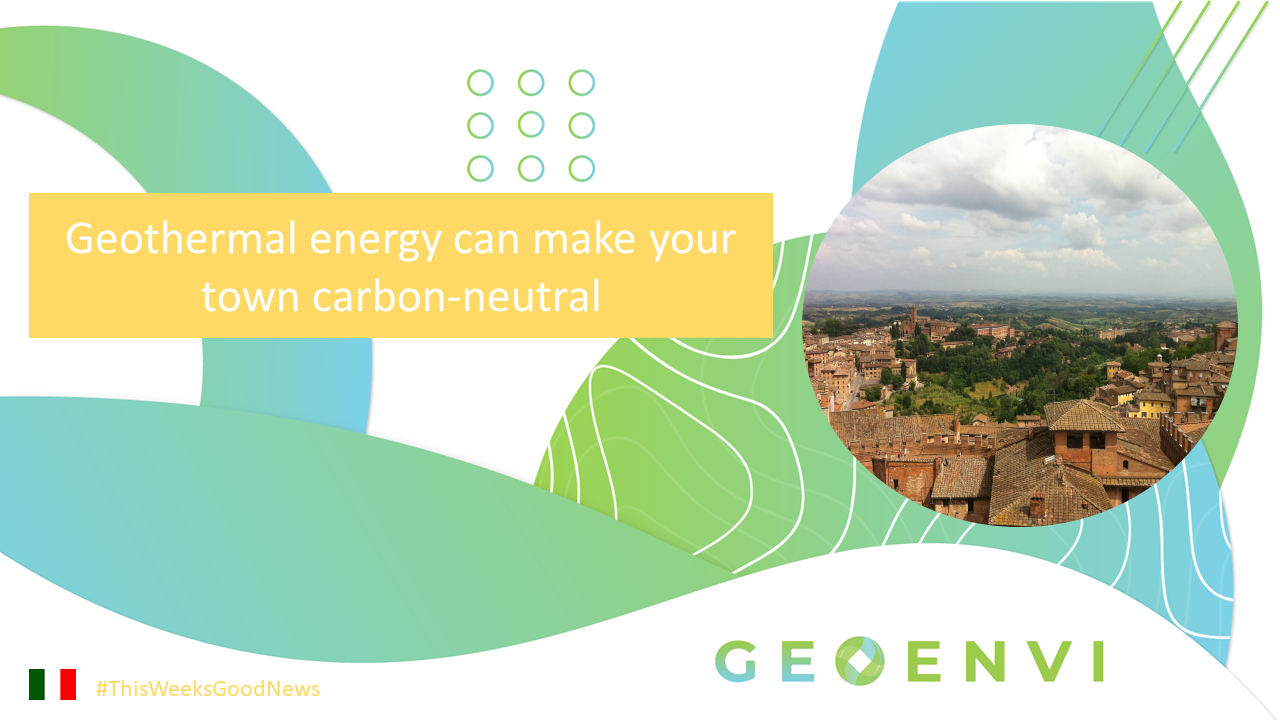